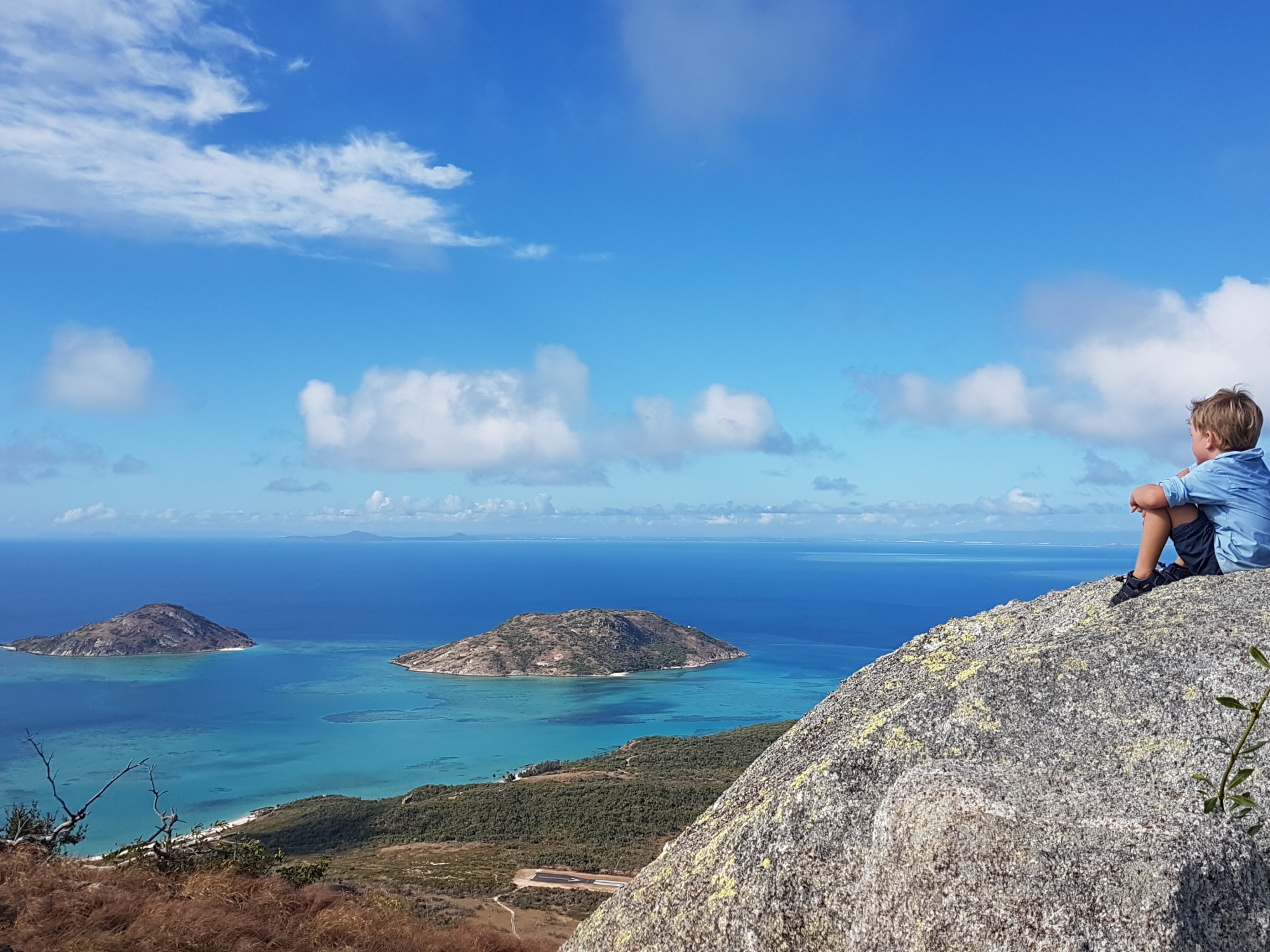 We had 2 attempts at leaving Shallow Bay – first at 0300hrs – but decided the tide was too strong – and then again at 1430hrs where we sailed to an anchorage at the entrance to Escape River. From here we had a lovely sail to Margaret Bay where we stopped for the evening, before heading off the next morning 7/11/16 for an overnight sail to Lizard Island.

Our time at Lizard Island was spectacular. We hadn’t swum in the ocean for quite some time, and the clear turquoise waters were so enticing that thoughts of crocodiles or deadly stingers didn’t even enter our minds initially. The kids spent the entire first day in the waters at Watson Bay, and even after multiple suncream applications throughout the day, they managed to get such a sunburn that lasted for a week and reached the partings of the hair on their scalps!

Again, Captain Cook visited this island – aptly naming it after the many lizards seen on the island. Trying to navigate his way out of the reef system, he climbed a peak on the island – now called Cook’s Look – and was able to see a clearer path to sail north. We gave the climb a go too…

One thought on “Lizard Island”