The forecast showed lighter conditions between Dampier and Broome coming up. Almost too light really, but we were not keen to battle 25-30kn SE along 80mile beach as we know the BoM always warns you can expect gust 40% stronger. So on the 17th of July, we upped anchor from Hampton Harbour and sailed over the five shipping channels to different loading facilities across Dampier Port. We timed the tide correctly for Flying Foam Passage, a gap through the Burrup Peninsula, and were able to sail into a bay on the eastern side of Dolphin Island and anchor out of the SE. Found a very suitable beach for landing and exploring and then had one of those “magic eye” moments when looking at the red rocks on the hill. The rock art on the Burrup is prolific and it is sad to think of how much has been lost to “progress”. There is still a lot to see though so get up here one day. 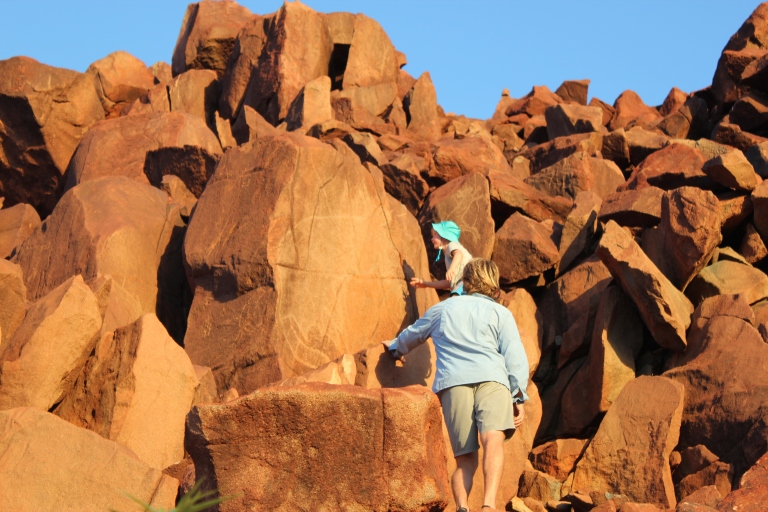 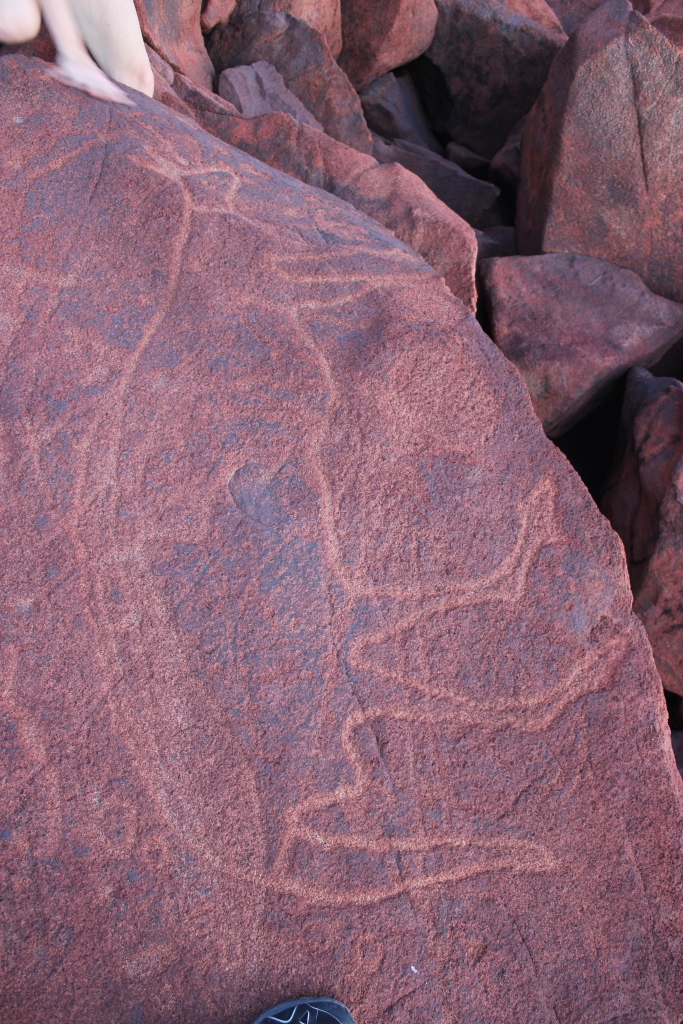 The following day (18th) gave us winds on the nose so it was a long 48mile sail to West Moore island on the western side of the volcanic Depuch Island. The autopilot did seem to work differently from magnetic anomalies.

A few fish caught around here, then the sharks found us and put a stop to that. Also had some nice mangrove exploring in the dinghy and chucked some crab nets in but alas the muddies were elusive this time.

We decided to sail all the way to Broome with no stops for exploring, trying to make it in time to catch up with Guy and Kat while they were up. This ended up meaning we had no wind for quite a bit of the trip. It also meant that the whales were much easier to spot, or so I thought before four bulls surfaced 10 meters in front. A quick ‘hard to starboard’ and motors off allowed them to gain some ground and we took a couple of hundred meter detour and then set our course once more. We ended up anchoring at Gantheume Point at the end of the moorings on Friday arvo (22/7) after 352Nm and 57hrs.